Job Hunting in Australia: Q&A with our live audience 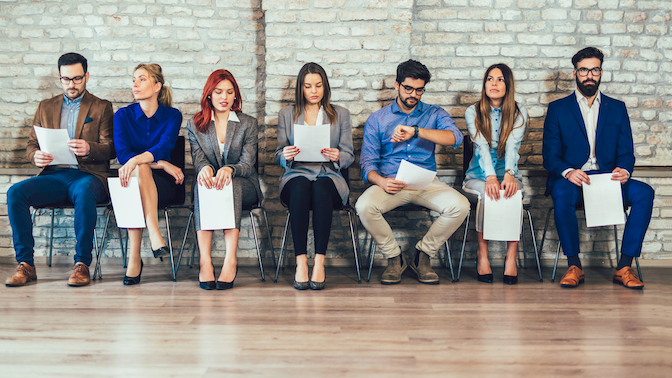 This is an excerpt of our interview with Bobby Semple, a recruitment specialist and founder of Simplified Recruitment Solutions. He has 15 years of experience in London and Melbourne, working for companies such as Rolls Royce, Virgin Atlantic, and My Chemist Warehouse Group.

Here is what Bobby had to say.

That would be awesome.

First one: My husband is busy with his skills assessment for a fitter, fitter and toner. We’re looking for companies that offer sponsorship. Could you help? I’m a salesperson with a diploma in marketing. I’ve been working in sales for the past 4 years in the recruitment industry.

There are lots of questions in there.  I’ll leave you to that one.

So sponsorship is an interesting thing at the moment because let’s go back a year ago or two years ago when things were a bit more normal, when sponsorship was massive. People, businesses as long as they’re on the skills list they could be sponsored to come over here. No one’s allowed to come in the country at the moment and so that’s going to put a stop to a lot of things happening unless it’s really a key skill.

But what’s going to happen in the future is, only recently I think in the last two months, the UK has struck a new deal with Australia that is going to allow–it used to be under 30–but now it’s under 35-year-olds to come over for three years on a tourist visa where it used to be one year.

And then you’d have to go and work on a farm for 6 months and then do another year. So there’s already talks with the UK and other countries as well and they’re going to allow people to come over more and more.

And I feel because there’s such a shortage with lots of skills and unskilled workers within Australia that I feel like in the next year when we’d start to open the border or open the country up, that they’re going to relax a lot of those things.

We need skills and if your job is listed on the skilled shortage list, then start reaching out to companies directly!

So I think the best tip is really just doing a bit of research within the state that you’re going to live in, finding the companies that you would want to go and work for and then reaching out to them directly via LinkedIn. There’s plenty of videos on YouTube that are free that will show you how to set up LinkedIn to be able to do it. And that is your virtual knock on the door to say “Hey these are my skills.” And if you are on the skill shortlist, then I would imagine if you knocked on fifty doors you’d probably get two or three people go, “Yes we’re interested” because of the short skills list.

That’s right. And I think that’s important for them to understand that it could take fifty knocks. I call it kissing a lot of frogs. You have got to kiss a lot of frogs to get ahead and you’ve got to be a bit hard-headed about it.

“I know that regulations around doctors are pretty strict. Is there generally a good appetite for SA qualified doctors? Especially in emergency.”

So, what she means there is SA being South Africa, not South Australia. So definitely I mean doctors and vets–people in medical care. Those are the only people I’m moving at the moment to Australia, so definitely there’s an appetite for it and that’s on the priority skills list.

Definitely. If you don’t find a job within the first month but again you’ve got to go and knock. You’ve still got to do it. No one’s going to just turn up on your door.  But you know you’re still going to have to go and do some sort, of course, to translate your experience across too and remembering Australia is like the forefront in medical.

It can take a bit of time for you to do that. But if you are in that medical field, you’re a doctor or a vet, it is in massive short supply. I had three clients over the last year who are looking for vets. And I turn the work away because there’s no one. There’s nobody here.

Not so much right now. I think last year has taught a lot of people, a lot of business owners as well, that their staff needs more care. And so if you have a specific skill set, you might need to reach out to your industry to be understood. I think that it’s not a big thing over here. I don’t see a lot of it.

It’s going to be a really small market for you but the good thing about that is if you’re good, you can earn a lot of good money because there won’t be a lot of you in the country.

Anything to do with property in most of Australia, you’re going to be fine. Right now with lockdowns, you know the business is not building et cetera. But once we start to come out of this there are so many buildings going up around Melbourne. The government is putting so much money into infrastructure and that’s what we’re going to see as well. The government is going to want to try and put jobs back on the table for people. So we’re going to see what we see.

In the US, they’re going to start building their own infrastructure. So if you can be around that side of things I think you’re going to have more chance of being successful and there’s just so much opportunity within that area of where you can go from that as well. It’s just so easy to start a building business because it’s in such short supply over here. So yes, definitely down the building route if I were you.

Another question from the audience: I’m from South Africa in recruitment. Hubby is an analyst for Standard Bank. Standard Bank is one of the main four main banks there. Are there any options for analysts?

Not specifically opportunities like right now, but the banks are always going to be successful. You’re going to find hundreds of people who work for NAB. Go research Aussie banks. And the good thing is you’ve got relatable experience, so people can understand straight away. Go to LinkedIn, go to search for Commonwealth Bank and find the manager of the analysts of Australia and just message them, start a conversation.

A lot of those big corporates have it on their website that you can apply direct.

Absolutely. But make sure you contact somebody within the business. Don’t just apply and leave it to go. Make sure you go find somebody within that business who is relevant to the position you’re applying for. Because they all have recruiters and again you’re trying to bring your resume and CV to the top of that pile.

And again I don’t have your best interest at heart. I just got my job to do. So by you contacting someone else within the business like the hiring manager rather than the recruiter, what will happen is when the recruiter brings their resumes they’re going to go “What about Robyn? Robyn messaged me and said that she’d applied for the job. I don’t see the resume here. Can I just look at it?” And then it gets you in front of the hiring manager.

Another audience question: I’m looking in the hospitality tourism field. I know that’s gonna be tough. My partner is in agricultural sales.

Yes, like anything to do with tourism, hospitality, et cetera is really under the pump right now. Depending on where you go. If you go somewhere like Queensland where it’s a lot warmer, there’s less chance of lockdowns because of that. But you know you can easily come up to here, find a guest house or anything like that.

But you’d want to be starting doing something yourself if I were you. Where I am right now is a red place called Rainbow Beach. I’d say every other house is an Airbnb and they’re managed by real estate agents and stuff. That could be an opportunity that you could come in and go, “Rather than you go to a real estate agent, I’ll manage it for you.”

Massive shortage in agricultural sales in Australia. You need to have the industry knowledge of what you’re selling, but to give you an idea, we were recruiting for business development managers within Melbourne in the IT sectors. Our client would only go to paying $150,000 over on target earnings so that’s including base pay and commission if you hit all your targets. We couldn’t find anybody. All the competitors were offering between $200k and $250k/annum. Massive shortage. So if you’re good at sales you’ll do well.

This is perhaps a good time. I just want to chat to the audience a little bit about something that I’ll be bringing to Australia next year. It’s going to be a peer-to-peer networking and job solutions platform.  So, for the first few months, as we’re running the pilot programs, you’d be able to come on there and we’ll help you with your peer-to-peer networking. We’ll match you with people in your industry.  So, do please stay in touch with me. Probably send me an email. It is the best at the moment and I can keep you updated with the progress but that’ll be in Australia from early 2022.

It’s going to be free to start with as we go through the cracks. So, I’m looking forward to that, Bobby, because I think that’s going to help people to build their confidence and it will send them an email and say, “you’ve been matched with Robyn for next week. Can you make this call?” And it will just help open the doors and talk to people and find out what’s a myth and what’s real in the world. So I’m looking forward to bringing that to Australia. I think it’s going to be great.

PrevPreviousJob Hunting in Australia: Top tips from a recruitment specialist
NextSecrets on How To Work With RecruitersNext 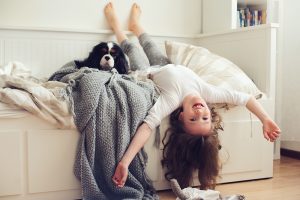 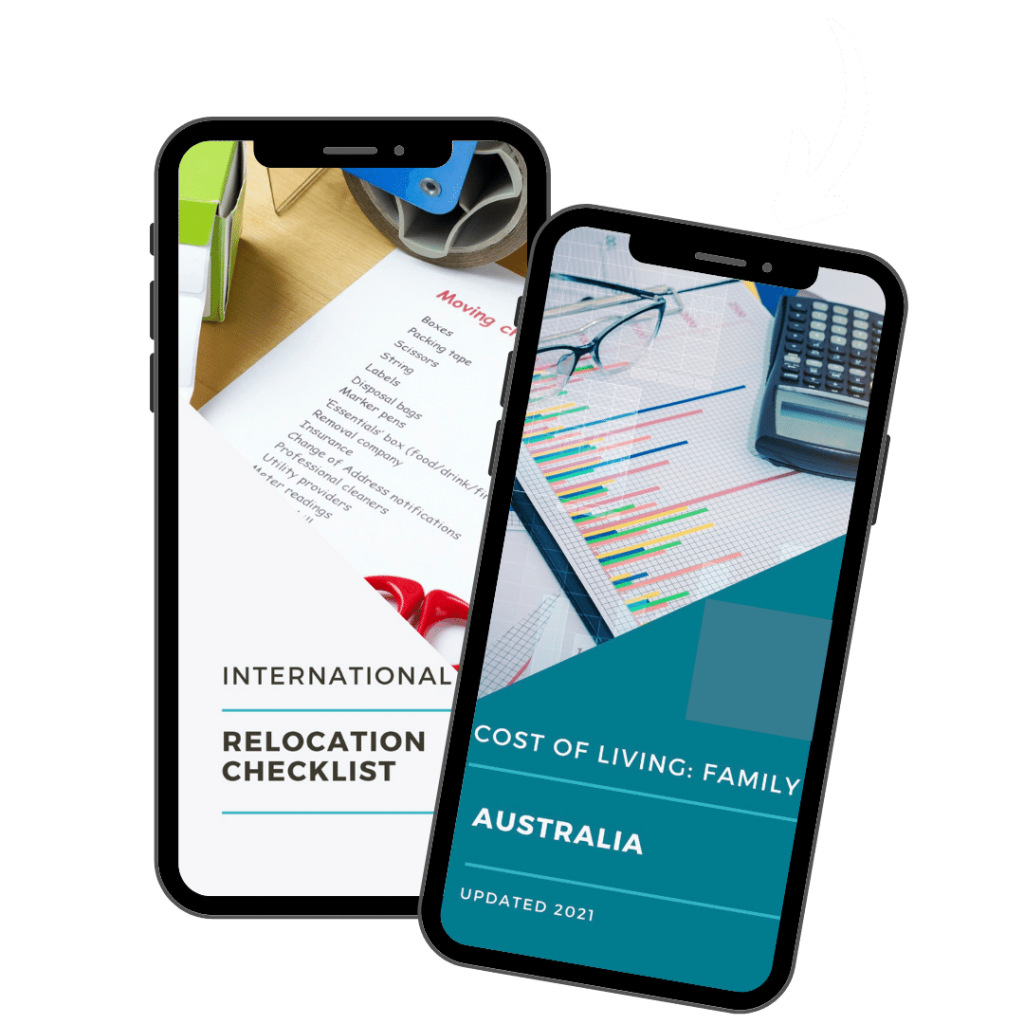